For drummer John Morgan Kimock, downtime on tour has become writing time. Whether on the road with Mike Gordon of Phish, Oteil Burbridge of Dead and Company or his father, guitarist Steve kimock, the musician has put together tracks over the past five years that have become his brand new album, “Hikikomori.”

“Every time I hit the road, I’m kind of a changing person, for better or for worse,” he told Highway 81 Revisited last Friday, the day of the release. album. “You hit the road and spend three weeks in the band, then you go on tour with another band. That pretty much summed up my work before COVID. I made a lot of recordings and soaked up the culture of different countries and our own country, and took my little recorder. I knew I had something two or three years ago, and I was sharing it with people and trying to give it life outside of my own ears. I was encouraged, so I continued.

Kimock, who has been playing drums since he was little, said his limitations on other instruments actually helped shape the sounds of “Hikikomori” – a Japanese term for severe social withdrawal.

“I would have a little awareness and maybe try to sit down in front of a keyboard or a piano, hopefully like a real instrument,” he said. “No matter what inspired me, there is, hopefully, some kind of happy accident. A lot of what I do, at least from what you hear on this record, the beginnings are really happy accidents or mistakes that turn from flip side from negative to positive, so a lot of that stuff doesn’t weren’t exactly what they seemed. Because technically I don’t like playing a lot of instruments, so a lot of things must have happened by mistake. I had to fumble with keyboards and guitars. I could say [if something was] weird enough to start something, or really started to resonate with me, so I followed these leads.

“It was pretty organic, and we were just hanging around, like a lot of albums are made these days,” he recalls. “You’ve got your iPhone Notes and people hang out on it that way, or send little sounds or little guitar parts that they maybe don’t think they won’t even record, or they don’t even think. not that they are recorded or captured in a certain way ”that would be used on the album. That, he said, with a bit of luck, creates a situation where players feel, “Wow that’s really cool and I don’t feel like I’m in a recording session. . “

“I was looking for honest moments that happen, that’s kind of where I am,” Kimock continued. “A guy knows the guitar solo is coming, so he’s going to rip one up. As much as I like it – everyone likes it – here it comes, and there it happened.

Growing up in Northern California, Kimock started playing drums at a young age, but drifted away from the instrument when he focused on martial arts. When he moved to Bethlehem, Pennsylvania, where his father grew up, “That’s when I came back to drums and started attending high school for the performing arts,” the Lehigh Valley Charter High School for the Performing Arts.

“It was my phase where I became obsessed with playing with my dad’s music,” he said. “I ended up being pretty good at the gig to do things with him sometimes. I loved playing his songs. He had different time signatures, ballads and blues songs. It was a really cool way to do it. getting into music, and he gave me the opportunity to actually perform, so I owe him a lot for giving me time on stage and going on stage with people to play his music.

The elder Kimock has served as the lead guitarist in several Grateful Dead member groups, dating back to the 1990s, including The Other Ones and Bob Weir’s Ratdog, as well as Weir’s more recent Campfire Band. As a conductor, Steve kimock is not bossy.

“He’s a pretty awesome conductor in the sense that he lets things fall into place naturally, and it’s really a good thing for a conductor to have,” said the drummer. “The band leaders who are in control and have issues with that kind of emotion, they are not really able, I think, to gain the confidence to get great music.”

For about five years Kimock has also been the drummer for Gordon’s band. It all started, he said, with an email from Gordon that looked like spam, “all the different types of fonts and colors.” Kimock said the email simply said, “What’s up?” and he replied with the same, “like we were texting, it literally went both ways.”

He didn’t know who he was corresponding with either. 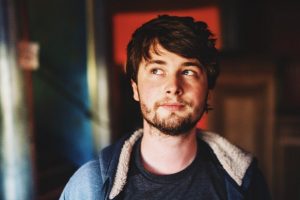 “Phish hadn’t really hit my radar yet,” Kimock said. “But it didn’t take long to figure out who it was. I got to know him from his film he worked on with Colonel Bruce Hampton, that’s how I got to know Mike. I knew this movie, ‘Outside Out’. He was the man of the cinema. I looked at the movie like really, really, really high on all kinds of drugs at Wilkes-Barre. And that was my introduction to Mike Gordon, maybe years before this email. And literally nothing before this email.

The email correspondence led Kimock to perform with Gordon and his guitarist, Scott Murawski, about six months later in “a sort of unofficial first audition.”

Kimock isn’t sure how Gordon came to realize his game, but he believes drummer Joe Russo may have warned the Phish star.

“Joe used to come and play at the Jazz Cafe, and we were opening up,” Kimock says of the Plains, PA venue. “I was able to tour a bit with Marco [Benevento] and his gang. I know Joe had mentioned something to him, and Reed Mathis, the bass player, had also mentioned something to him. I don’t know who else could have said something. It started something with me, I guess, just getting on that list of people he wanted to play with.

Kimock, whose wife is also an artist, lived in Brooklyn, but with a young girl and touring income wiped out by the pandemic, they recently returned to the Lehigh Valley. He hopes to organize live broadcasts to celebrate “Hikikomori”. Before the pandemic, he played a lot with Burbridge and hopes to return. He also worked on new tracks with drummer Al Smith, bassist Karina Rykman and his father. In addition to directing Astrology Days, the record company and artistic collective he founded with Grandpa Biondo of the Cabinet.

“Beyond that, I just hope to play a few shows,” he says.

“I, like a lot of other musicians who tour primarily, our lives are totally turned upside down at this time that we live in, where we can’t tour,” Kimock says. “I watched my dad go through it, I saw a lot of people go through it. It was a huge part of our lives that was swallowed up, a great time. All our careers have been launched in a loop. Personally, I can speak for myself, I know people are going through this. It kind of drains your confidence, it drains your creativity. I would just like to say hello to all my family and friends who are among those going through this time and say, “I’m here for you”, and let’s play some music and create together and do something about this time that doesn’t choke us or make us feel depressed or that we don’t have support, because I think a lot of people need to hear this message over and over again. I know I did, and I still do. …

“This is my cry to my team including yourself just to check in with people and try to support and spread music to the world.”